The government has paid 24,235 crores in SGST from IGST and 29,588 crores to CGST. Additionally, the Center has paid out 27,000 crores of IGST on an as-needed basis in this month in a 50:50 split between the Center and States/UTs. After regular and ad hoc settlement, the combined income for the Center and the States in the month of June 2022 is 68,394 crores for the CGST and 70,141 crores for the SGST.

Since the introduction of the GST, the monthly GST collection has exceeded the 1.40 lakh crore mark five times. Since March 2022, this has happened four times in a row. In addition to having the second-highest collection ever, June 2022 defied the historical norm of June being a low collecting month. There were 7.3 crore e-way bills generated overall in May 2022, which is 2% fewer than the 7.4 crore e-way bills generated in April 2022.

The average monthly gross GST collection for the first quarter of FY 2022–23 was $1.51 lakh crore, a 37 percent increase from the average monthly collection of $1.10 lakh crore in the first quarter of FY 2018–19. Anti-evasion efforts, particularly those taken against false billers, have been supporting the increased GST along with the economic recovery. Since the implementation of the GST, this month’s gross cess collection is the highest.

The chart below shows trends in monthly gross GST revenues since 2017-18. The table shows the state-wise figures of GST collected in each state during the month of June 2022 as compared to June 2021. 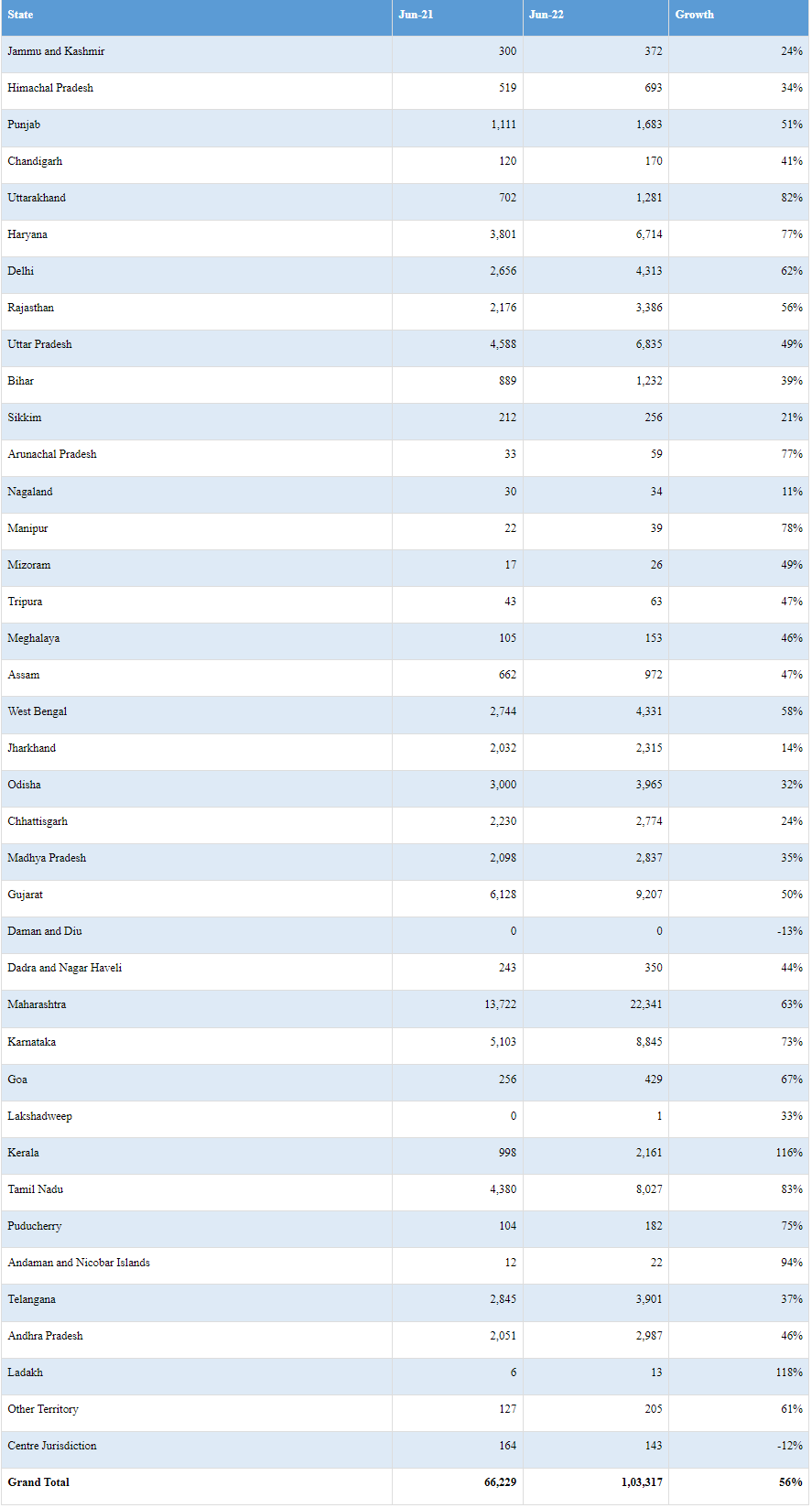