The first year of the COVID-19 pandemic was not kind to small business owners, freelancers, and other self-employed individuals. According to a report from the US Small Business Administration Office of Advocacy, the number of people who were self-employed and working fell 20% between April 2019 and April 2020.

However, as 2021 rolled along, small business start-ups rose 24.6% nationally, according to an October 2021 statement from US Chamber of Commerce chief policy officer Neil Bradley.

With this rise in new small businesses comes a need for new banking services catered to these new entrepreneurs. However, small businesses could not always look to traditional banking to provide those services, for a variety of reasons.

This is where companies like Nearside come in. Nearside is a banking services fintech start-up founded by Thomson Nguyen in 2019. Originally known as Hatch, the firm’s primary focus has been on providing needed services for small business owners. This includes business registration program Sprout, a checking account, and flexible business loans of up to $10,000.

In late 2021, it raised $58 million in Series B funding to expand its service offerings.

The company has touted its small business success stories in the form of its “Small Business Spotlight” short documentary series. One of these shorts, a video produced by Blind Hummingbird Productions and spotlighting perfumer Pink MahogHany, was nominated for the 2022 Webby People’s Voice Awards in the Documentary: Shortform Video category .

However, small businesses and freelancers are not the only ones Nearside hopes to help. Traditionally unbanked individuals are also welcome to begin banking with Nearside. Born in San Diego to Vietnamese immigrants, Nearside founder Nguyen cites his parents’ challenges and experiences in building a new life for themselves in the United States as a primary motivator for creating the startup. 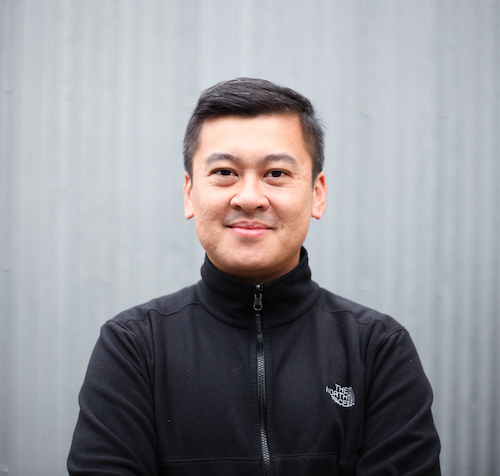 In his interview with FinTech FuturesNguyen offered some insight into those challenges:

“My mom and my older sister waited in Vietnam for seven years for their visas after [the Vietnam War], and my dad came out to the States first. In the seven years that followed, he had a whole bunch of odd jobs. He was a bartender, he was a bouncer for the East Street Band…

I remember one story he had was he had a bunch of cash in his mattress, and he goes to the bank. English wasn’t his first language, and you go to a bank, and it’s just completely foreign. You don’t know whether to go to the teller line or to sit down at the desks. Even if you go up to the teller line… you don’t exactly know what’s on offer.

What I got from that story was that there’s a hidden lexicon or a hidden language of what a bank offers and what’s asked-for in a bank, but that hidden language is made obvious or learned if you have the context to begin with.”

Speaking of languages ​​and accessibility, Nearside only offers its services on its website or its two apps in English at the time of this writing. However, Nguyen stated that the company had plans to localise their website and apps into multiple unspecified languages ​​later this year.

Accessibility in multiple languages ​​is important, particularly for a company trying to cater to small business owners and the traditionally unbanked such as recent immigrants for whom English might not be their first language. Nguyen himself even acknowledges this as an issue for the latter group while citing Lisa Servon’s book The Unbanking of America: How the New Middle Class Survives:

“[Servon] Writes that the reason why folks go to alternative financial institutions like payday lenders or check cashiers is because one: they speak your language. It could be Spanish, it could be Chinese, it could be Vietnamese. Whatever you speak, there is a check cashier or a payday lender that speaks your language. And two: there’s a menu that’s almost McDonald’s-like. Big letters, they have what’s on-offer.”

Regarding inclusivity, Thomson was also asked about how, in his experience, individuals from diverse backgrounds (ie people of colour, members of the LGBTQ+ community, and neurodivergent individuals) have been treated by the tech industry he has spent nearly a decade in:

“I think the industry is trending in the right direction. It’s certainly a much different industry today than it was ten years ago. I don’t think we as a collective industry have done quite enough to empower folks of color or folks from non-traditional backgrounds in Silicon Valley to – I was gonna say ‘to strive and strive,’ but even just to start. You look at who gets to find a venture-backed start-up. That still skews very heavily in certain demographics.”

Metrics on LGBTQ+ founders weren’t even mentioned in the report. This is not uncommon for the world of business, despite all the rainbow logos and corporate-sponsored Pride parade floats one might see during the month of June. In the 2021 VC Human Capital Survey by Deloitte, the National Venture Capital Association, and Venture Forward, LGBTQ+ individuals were only mentioned once in a section defining diversity. The LGBTQ+ community was otherwise, seemingly, not a considered factor in the survey.

As Nguyen himself said, the industry simply has not done enough for individuals from diverse backgrounds.